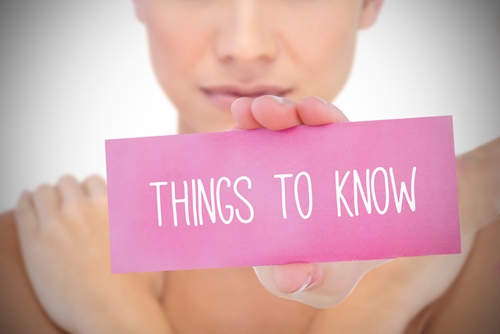 If you have tuned into an NFL game at any point this October, you probably wondered what so much pink was doing on a football field! The NFL, like many other major organizations, is supporting the fight against breast cancer. But despite the high level of breast cancer awareness, it would appear as though the medical insurance companies did not get the memo. A large number of health insurance plans in the U.S. leave a lot to be desired regarding coverage for breast-cancer-related costs.

"You probably wondered what so much pink was doing on a football field."

Despite the abundance of pink you might see people wearing during the month of October (Breast Cancer Awareness Month), there are nonetheless employers that do not pay much attention to the disease that affects so many women. Bright Pink is a nonprofit group that works on promoting prevention and early detection of breast and ovarian cancer in your women. Recently, the group surveyed 1,500 adult women to find out more about their access to breast cancer screenings through health insurance. More specifically, the study's goal was to determine whether or not most women's health care plans covered the cost of breast tomosynthesis – a 3-D mammography exam that is notably effective in early cancer detection. Tests like these come highly recommended by the National Comprehensive Cancer Network.

If they are important, why aren't they covered?
Although many medical oncologists regularly advocate for these types of screenings, 3-D mammography tests are only covered by one national insurance plan: Cigna. That means that most working women insured by their employers aren't covered for medical tests they need.

"We all want to believe that we have great insurance coverage, but unfortunately plans rarely boast about what they don't cover," said Sarah Storey, president of breast cancer awareness and advocacy nonprofit Bright Pink. "Employee benefits managers should ask their insurance plan if they cover 3-D mammography exams for breast cancer screening rather than just assume they're covered – and if they are covered, they should let the women on their plan know."

The importance of 3-D mammography testing is not a secret. Approximately 85 percent of the women surveyed by Bright Pink thought that employer-sponsored health plans should cover the examinations. That said, not all of the women who were surveyed knew if their health insurance even covered the 3-D mammography tests. Moreover, 20 percent wrongly assumed that they did!

A need for employer-sponsored plans that cover 3D mammography exams
Perhaps as a result of various changes to the health sector, employers are constantly trying to lower the costs of their plans – and 3-D mammography exams aren't making the cut. This is despite the fact that about 1 in 8 women will develop invasive breast cancer over the course of their lives, according to Breastcancer.org. In 2016 alone, there will be 250,000 women with breast cancer.

Employers should review their own health care plans, to determine whether their plans cover 3-D mammography exams. Not only are these tests highly recommended by medical experts, but they can also potentially be life-saving. Patients who find out they have breast cancer early on have a much better chance of beating it.

The business world is as competitive as ever, and human resource professionals are placing a premium in recruitment of quality employees and the retention of them. One of the best ways for human resource professionals to attract the right talent is to offer the right kinds of benefit and insurance packages. For women, health care services for breast cancer treatment should be a part of that. Consider this: More than 40,000 women in the U.S. are expected to die from breast cancer in 2016. The need for mammography examinations is here to stay and insurance plans should start taking that into account.