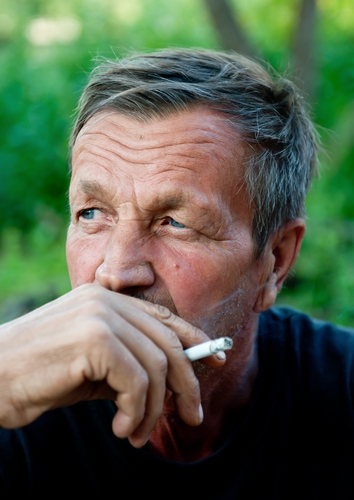 A new study led by researchers from the Centers for Disease Control and Prevention (CDC) have found that 8.7 percent of all health care spending, or approximately $170 billion a year, is a result of illnesses caused by tobacco smoke. The lead author of the study, the CDC's Xin Xu, noted that federal programs such as Medicare and Medicaid are responsible for the majority of these costs.

The CDC explains that 18 percent of U.S. adults habitually smoke cigarettes, although this number is in decline, and one in five deaths can be linked to smoking. Along with lung and heart problems, smoking can cause eye disease, skin problems and many cancers including pancreatic and bladder cancer.

"Fifty years after the first Surgeon General's report, tobacco use remains the nation's leading preventable cause of death and disease, despite declines in adult cigarette smoking prevalence," Xin Xu explained to Fox News.  "This study shows that, in addition to the human misery it inflicts, (smoking) imposes a substantial burden on the nation's health care institutions, especially those funded by the public's tax dollars."

Xu also warns that the costs could be even higher, as his research did not include costs linked to other tobacco products like cigars and chewing tobacco.

Because of our aging population and the prevalence of smoking in older generations, some care facilities could soon experience issues with health insurance claims management. The decision to outsource healthcare claims processing can help protect cash flow, and ensure the quality of care provided.