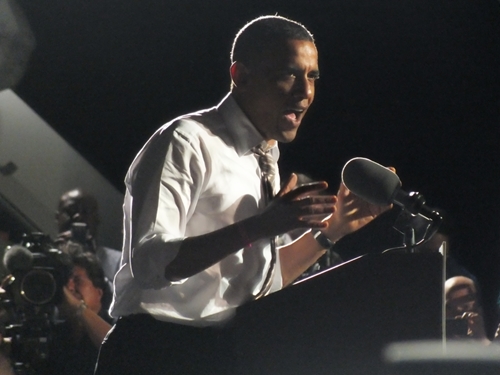 Top health insurance companies Aetna, Wellpoint and the Health Care Service Corporation met with Congress on Wednesday to deliver some good news. All three insurers reported that over 80 percent of people who signed up under the new health care law have paid their initial premiums.

According to the written reports, Aetna reported payment rates in the "low to mid 80's" range, Health Care Services saw 83 percent or higher repayment and the Wellpoint payment rate was as high as 90 percent. These figures trumped a report by the House Energy and Commerce Committee last month that indicated only two-thirds of customers were making their premium payments.

According to US News, over 8 million Americans had signed up for health insurance on the federal and state marketplaces during the previous enrollment period. The number grows even more impressive considering the widespread flaws in the roll out of the programs website. Today, the Obama administration is celebrating the turnaround, with the president himself telling the Associated Press "It is working."

However, the numbers may not be as impressive as they first seem. The article states that some insurers "voluntarily decided to provide flexibility in the deadline by which exchange enrollees must pay their first month's premium." In some cases, subscribers terminated their online enrollments or created a duplicate account to extend their premium deadline.

The repayment rate for these programs greatly influences the current administration's ability to pay back healthcare providers for treatment. As more data becomes available, which will likely be after the next November enrollment period, it will be easier to determine whether the success of the plan will be sufficient to cover rising health care costs.

Practitioners should closely monitor the situation, as it can influence future reimbursement practices. Medical claims management organizations that are trying to close as many outstanding accounts as possible may want to look into outsourcing accounts receivable services.