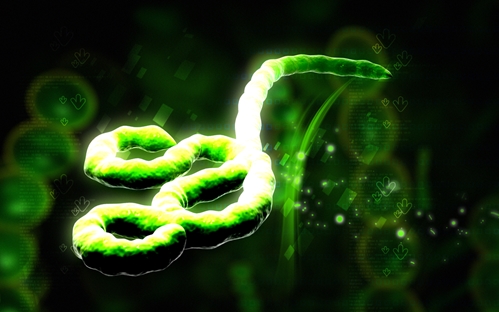 With every news outlet covering its spread and attempting to estimate its consequences, the Ebola virus has captured the attention of the world. Now, it is Wall Street's turn to begin speculating on the disease's impact.

The Centers for Disease Control and Prevention are currently working around the clock to mitigate any potential risks of spreading the disease, while financial analysts are contemplating what possible effect it may have on the economy.

A recent study by the World Bank and cited by the New York Times estimates that the disease could create an economic drain up to $32.6 billion by the end of 2015, if "the epidemic spreads into neighboring countries," according to the study. This is considered a worst-case scenario, but even the more optimistic figures are not encouraging. The cost of treating the single patient in Dallas diagnosed with Ebola is thought to exceed $500,000.

"The hospitals could be just crippled," Dr. Jane Orient, executive director at the Arizona-based Association of American Physicians and Surgeons told the source. The cost of experimental drugs, 24 hour nursing staff and single-use specialty protective gear, which run about $1,000 a piece, could prove too much for many hospital budgets. On top of these costs, training, testing, treatment, waste disposal and the costs of maintaining isolation units also need to be considered.

Fortunately, it does seem that the Centers for Disease Control and Prevention and the U.S. Armed Forces are taking every precaution, and there will be no shortage of federal aid available to help combat the spread of the disease. However, care facilities may want to seek accelerated receivables management to be better prepared for any outcome.