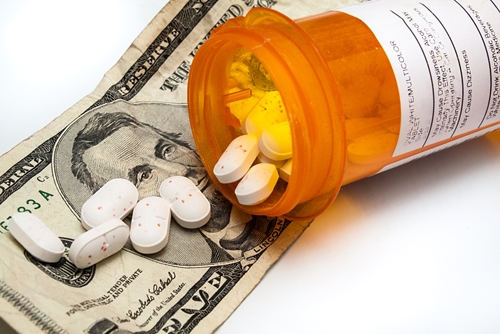 After several years of decline, American healthcare spending rose in 2013, according to a report by IMS Health Holdings. Spending on medicine rose 3.2 percent in the United States last year to $329.2 billion, up from a one percent decline in 2012.

The report notes that the number of physician office visits, hospitalizations and prescriptions filled all increased in 2013.

"The recession was officially over a long time ago, but it  has taken a much longer time for the healthcare services demand to recover," remarked Michael Kleinrock, director of research development for IMS Institute for Healthcare Informatics.

According to Reuters, despite cheaper generic drugs helping to control spending, insured patients now have higher out-of-pocket costs, which attributed to the first rise in healthcare spending in three years. Although the average cost of prescriptions has dropped, patients are facing higher deductibles and co-insurance rates. Reuters found that aging baby boomers who had delayed treatment in the past were responsible in part for the rise in spending. Many are newly insured under the Affordable Care Act, and are now addressing long-standing health issues that would have been cost-prohibitive before.

Although the growth comes as welcome news to most healthcare professionals, many hospitals and practices are still experiencing difficulty with the collection of accounts receivable. Professional Medical Services provides claims management solutions, as well as an improved patient and healthcare provider relationship.