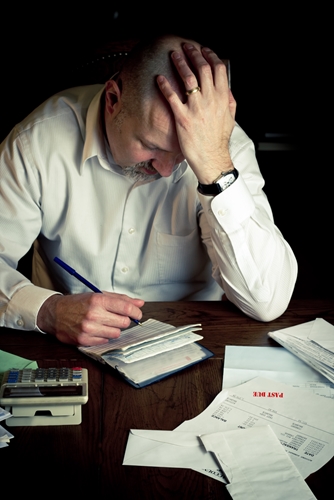 With the sharp rise in popularity of high-deductible insurance plans offered by employers, many Americans are experiencing "sticker shock" after receiving medical treatment. Not only does this cause significant stress for the patient, care facilities are also quickly racking up bad debt as a result, which can negatively impact their ability to provide quality care.

According to the report, 44 percent of low-income Americans –defined as those that make less than $30,000 annually– report that their medical debt already outstrips their current income.

"This shows that a good chunk of the population is feeling a lot of financial stress" Doug Whiteman, an insurance analyst for Bankrate.com told USA Today. "People can be on the hook for thousands of dollars before their health insurance coverage takes over and starts paying the bill."

Unfortunately, rising medical costs and the popularity of high-deductible plans show no sign of slowing. This trend has many Americans, especially adults aged 30-64, concerned about their future. Fifty-five percent of these respondents conveyed worries that their health insurance premiums would rise, and they would no longer  be able to afford health insurance in the coming years.

Unfortunately, the fear of medical debt can often make patients put off seeking care, which compounds symptoms and usually results in a higher bill when care is eventually sought. If this has been in the case at your facility, it could be time to consider accounts receivable outsourcing to avoid issues with cash flow.