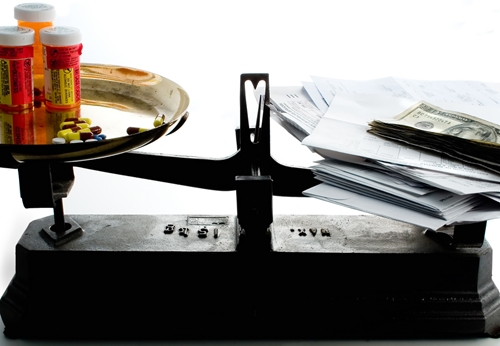 Health care prices can vary significantly depending on location, according to a new study by the Health Care Pricing Project. The report, titled "The Price Ain't Right? Hospital Prices and Health Spending on the Privately Insured," analyzed 92 billion health insurance claims from over 88 million people covered by Aetna, Humana and United Health, the three largest insurers in the country, from 2007 to 2011.

Conducted by a team from Yale University, Carnegie Mellon, University of Pennsylvania and the London School of Economics, the report collected data from the Health Care Cost Institute that provides important insights on the cost of health care in the United States and what influences it.

For a basic comparison of pricing across different hospitals and cities, the researchers looked at the cost of a common hospital procedure, an MRI of lower limb joints. In 2011, prices in Philadelphia hospitals showed significant variation, and the most expensive hospital cost six times more than the least expensive. Nationwide, these gaps were even wider. The cost for this procedure was 12 times higher in the Bronx, New York, the most expensive area, than in Baltimore, the least expensive. Miami showed the biggest price discrepancies, with its costliest hospital charging nine times more than the inexpensive hospital.

The study found that hospital transaction prices played a huge role in these averages for privately insured patients. In 2011, privately-insured beneficiaries spent an average of $1,107.39 each in Honolulu, Hawaii, the area with the lowest spending. In Napa, California, the spending per beneficiary peaked at $5,515.90 each. Whether the facility is for-profit or offers a certain quality, scope or level of technology or has a certain percentage of Medicare clients also play big roles in these prices, according to the study.

Another driving factor of price is competition. Hospitals with less competition have higher prices, like those in "monopoly markets" that charge 15 percent higher than hospitals in markets with four or more competitors. Hospitals with one competitor had prices that were six percent higher, and those with two rivals were almost five percent higher. Martin Gaynor, the E.J. Barone Professor of Economics and Health Policy at Carnegie Mellon's H. John Heinz III College, explained to Healthcare Finance News that these differences mean thousands of dollars and that the higher prices end up turning into higher premiums. The study also cited health care mergers and acquisitions as another influence on prices.

With this information, the study's authors hope that there will be a change in public health policy. Zack Cooper, the study's co-author and an assistant professor of health policy and economics at Yale University, says the new study will hopefully shift how policymakers think about health care, since they tend to get their data from Medicare patients, not the privately-insured.

"The majority of individuals — 60 percent of the U.S. population — receive healthcare coverage from private insurers." Cooper said, "This new dataset really allows us to understand what influences health spending for the majority of Americans. This information is critical to creating better public policy." Cooper hopes that, going forward, policymakers will think twice about their health spending decisions based on Medicare data.

To learn how you can improve your hospital's financial efficiency, contact Professional Medical Services today.