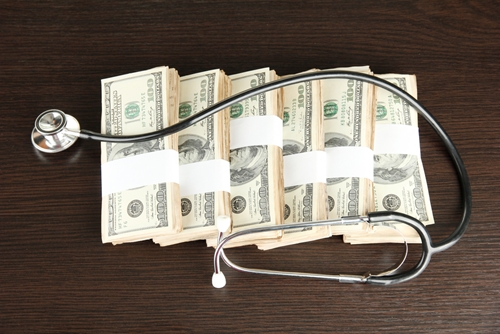 According to a new study by the Kaiser Family Foundation and Clear Point Credit Counseling Solutions, one in three Americans report having difficulty managing the cost of hospital treatment. Medical debt was the leading cause of bankruptcy in 2013 with over two million filings, according to CNBC.com.

Surprisingly, the study revealed that most people struggling with medical debt have health insurance. However, high premiums and deductibles combined with a growing number of out-of-pocket costs have made it increasingly difficult for many to keep up with monthly payments.

The study examined the situation of two dozen people, all with medical debt, with annual incomes that ranged from over $100,000 to under $10,000. Some were single, others were heads of a household. Of the two dozen participants in the study, only three were uninsured. Their medical bills ranged from $2,000 to $60,000.

The study found that among insured individuals, debt resulted primarily from "cost-sharing," or the obligation to pay the difference between your insurance payout and the total amount due. Some patients had plans that had cost-sharing expenses as high as $10,000 per person per year. According to the Kaiser Family Foundation press release, healthcare cost was also compounded by patients receiving out of network care. While the patient may have thought they had selected an in-network facility, some services, such as anesthesiology and emergency physician care, qualified as out-of-network care.

Nearly all of those involved in the study "expressed a strong ethic to pay their bills and deep regret, even shame, to be in medical debt," reported the Kaiser Family Foundation. Fifteen of those interviewed used credit cards to pay at least some of their outstanding medical bills, and resulting finance charges increased their debt. If your facility is struggling with healthcare revenue cycle management, it could be time to outsource receivables management to Professional Medical Services.