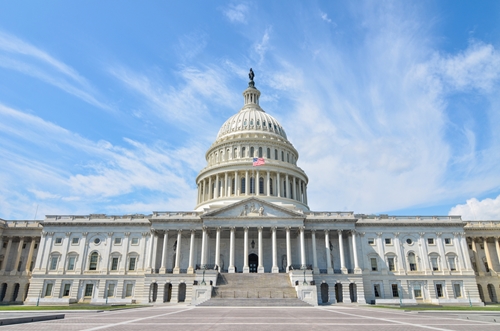 Speaker of the House Paul Ryan and the current Congressional leadership released the first draft of the American Health Care Act on March 6. Controversy ensued regarding this potential replacement of the Patient Protection and Affordable Care Act , and these negative and positive opinions of the AHCA did not develop solely along partisan party lines.

The first draft of a potential Obamacare replacement bill has produced some controversy.

The New York Times reported that numerous traditional conservatives see the proposed legislation as too similar to the ACA, while liberal lawmakers are attacking the bill because it could significantly reduce the number of insured Americans. Beneficiaries of the Medicaid expansion facilitated by Obamacare are afraid they will lose their health insurance and some also believe that the AHCA's tax-credit-based system will prompt individuals to simply not keep up coverage for themselves. The latter, in particular, could cause major difficulties for the health insurance claims management and other financial processes of numerous health care facilities and insurance providers.

As the AHCA is being revamped and vigorously debated in the halls of Congress and throughout the media, it will behoove hospital administrators – as well as accounting and claims processing professionals – to closely follow the development and outcome of this issue. Health care as a whole is evolving in many different ways, ranging from policy to technology, and providers that do not properly adjust along with its developments might be left behind. Outsourcing collections and claims processing to a dedicated third party may be necessary to deal with increasingly difficult record-keeping issues.

Biggest changes of the AHCA
As explained by Forbes, the biggest difference between the AHCA and ACA is the lack of an individual mandate – the requirement that all Americans obtain health care coverage or be subject to various tax penalties. Instead, individuals would receive tax credits from the federal government, distributed at a flat rate with age as the only criteria, that can be put toward the expense of an insurance plan. Of the changes, this has arguably received the most positive responses.

The source stated that if passed in its current iteration, the bill would cap federal funding for those enrolled in Medicaid. This would solely put the onus on states to foot the bill if additional funds are necessary due to citizens' needs, and by consequence these states could eliminate Medicaid coverage for vulnerable populations, such as the elderly or economically disadvantaged.

According to another report by The New York Times, exigent circumstances of individuals aren't taken into account with the AHCA as they were with the ACA, like income levels or the average cost of living in that person's area. As such, it's projected that American senior citizens living in expensive areas – who often have median incomes of $30,000 or less – will be hit the hardest. Because the senior population is only likely to increase in the near future, this represents a significant portion of the health care customer base. Thus, the hardships of older Americans could be challenging for hospital systems, clinics and providers.

Early opinions on the bill's first draft
Douglas Holtz-Eakin, a former director of the Congressional Budget Office, called the AHCA "a good start to reform the federal government's role in the health sector" in an editorial published by The Washington Post. He wrote positively of the AHCA's benefits to the free-market insurance business and stated that additional regulatory elimination undertaken by the Trump administration would increase enrollment.

By contrast, The American Nurses Association strongly disavowed the AHCA. Criticizing the bill's erasure of the Prevention and Public Health Fund, a federal program providing grants to states for disease research and prevention, the ANA also claimed it "restricts millions of women from access to critical health services and repeals income-based subsidies that millions of people rely on. These changes in no way will improve care for the American people."

Jordan Weissmann, a business and economics reporter for Slate, provided a nuanced look at the issue. While stating that the ACA's mandate was something of a double-edged sword that increased average insurance premiums and caused providers to leave the market in some areas, Weissmann noted that the AHCA's substitute penalties for the mandate may increase the issue of adverse selection.

Under the proposed bill, individuals would experience a one-year uptick in premium costs – up to 30 percent higher – if they sought coverage after being uninsured for 63 days. Knowing this, it stands to reason that many uninsured Americans – who are often young, low-income or both – would simply stay uninsured as long as they possibly could. According to Weissmann, younger individuals are important to the financial well-being of insurers and providers and that is only likely to become more true with time.