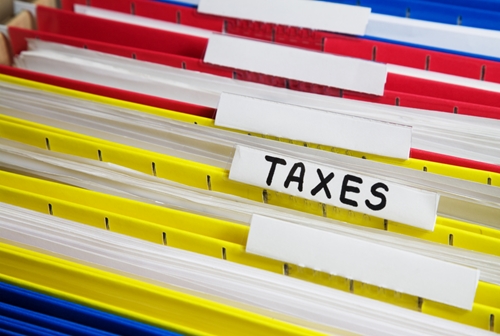 Tax season is upon the country, and it has the potential to be a groan- and frustration-inducing process for just about every individual and business in the U.S. Health care providers and their staff tasked with accounts receivable management and claims oversight are no exception.

In addition to the standard procedures to fulfill filing requirements for an institution as complex as a hospital, urgent care clinic or insurance provider, these institutions must remain compliant with a variety of other state and federal regulations. Arguably the most notable of these are related to the Affordable Care Act, which has been a lightning rod for controversy and polarization since its inception. Record-keeping and other normally basic tasks can become a nightmare.

Per recent executive orders and plans stated in many recent interviews and speeches, President Donald Trump has made the deconstruction and eventual overhaul of the ACA a priority, so some of these difficulties could be mitigated in the near future. However, for now, it may behoove providers to outsource their medical claims processing and other records-related tasks to a dedicated third party, so as to ease the burden. Let's take a look at the current state of taxes and related regulations the health care industry deals with, and examine how that might change:

Notable increases to state provider taxes and regulations
According to the National Conference of State Legislatures, all states of the U.S. (and the District of Columbia) except Alaska impose taxes on providers to amass funding for their respective Medicaid programs. This is par for the course. However, in the past several years, various states have initiated a number of new additional regulations that can complicate things. In states like Arizona, Alabama and Delaware, these mostly affect nursing homes and other long-term care providers, while Vermont and Maine modified and initiated hospital assessment taxes, respectively.

Connecticut's health care sector made the news very recently due to a proposed budget that will significantly affect hospitals. The Connecticut Mirror reported that Governor Dannel Molloy submitted a budget that includes tax hikes totaling $156 million annually for these providers. Coupled with a potential new law allowing Connecticut municipalities to levy taxes on hospitals' real estate holdings, the source states that the new taxes could cost the industry as much as $580 million during the next two years.

Nationwide trends
Due to President Trump's strong desire for ACA repeal and replacement, federal taxes and regulations may be trending in a better direction for health care providers. According to Yahoo Finance, Trump's first ACA-related executive order specifically eliminated taxpayers' requirement to denote whether they had health insurance on their tax returns. The order also broadly demands federal agencies to phase out regulations that "impose a fiscal burden" on individuals, providers and insurers alike. Time will tell what federal regulations or taxes are eliminated, but given the administration's strong focus on this issue, it's safe to forecast a notably positive impact for the sector.

Becker's Hospital Review also reported on a number of other probable federal-level changes for the health care sector. These may include stricter requirements for nonprofit hospitals seeking exemption from property taxes, tougher investigation of fraudulent claims against the government and a greater focus on value-based care. Not all of these will be viewed favorably by the industry, but one thing is for certain: Providers should strongly consider outsourcing their financial and accounting tasks to a professional claims management firm with the right resources and experience to get these tasks done right and maintain compliance.