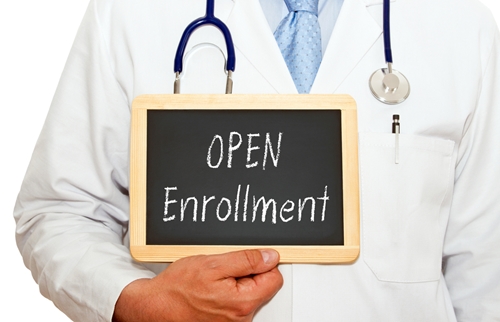 Although it was enacted about six years ago, the Affordable Care Act is making headlines again due to the fact that health-care insurance premiums are expected to rise drastically in 2017. In fact, insurance rates will likely rise by an average of 25 percent across the nation, according to The Washington Post. In some states, the rates may go up even more than that!

Professor Jon Gruber, an economist at the Massachusetts Institute of Technology and one of the designers of Obamacare and Commonwealth Care, recently explained that only a small number of Americans will actually pay more in 2017 despite the dramatic spike in health insurance premiums.

"There's a small minority of people who buy insurance through the exchange," he told CBS Boston. "Most of them also aren't affected by these premium increases because they get health insurance subsidies."

That said, there will still be millions of Americans affected because of their limited options for coverage. And as a result of that, providers will likely be affected as well in the long run. Patients who avoid minor treatments now, for example, could be susceptible to health conditions that require much more extensive (and expensive) treatments down the line.

Reasons behind the increases
Health insurance premiums are higher during the 2017 Open Enrollment period because prices have been intentionally lowered in the recent past. Between 2014 and 2015, millions of Americans enjoyed signing up for lower health-care insurances while they were available at lower rates. As a result, insurance companies suffered losses that were much larger than expected.

Currently, some of the country's largest insurance providers – such as United Healthcare and Aetna – have withdrawn from the ACA marketplaces. In states such as Alabama, Alaska, Oklahoma, South Carolina and Wyoming, patients will only have one option for private coverage. Across the U.S., only 57 percent of insurance enrollees will have three or more options in 2017, according to the Kaiser Family Foundation. That number is down from the nearly 85 percent who did in 2016. The lack of competition plus certain insurance companies' attempts to recover from the losses they've sustained in recent years is responsible for the dramatic spikes in health-care insurance premium costs.

Few are affected
Despite the seriousness of some of the cost increases, most Americans will not see a change in health insurance premiums. About half of people in the U.S. get coverage thorough their employer, and workplace-sponsored premiums have had historically low growth in price increases.

For millions more Americans, the subsidies made available during Open Enrollment on the ACA insurance marketplace also protect them from premium increases. The Department of Health and Human Services reported that 77 percent of enrollees can find a plan for $100 or less per month after applying tax credits. Ultimately, the people most affected most by health insurance premium increases are the 6 or 7 million individuals who do not qualify as low-income and purchase insurance privately.

Other key factors
The American Academy of Actuaries found that another underlying cause affecting insurance premium rates has been the slow increase in health-care costs overall. Prescription drug costs in particular have been steadily rising and there is reason to believe that these will plateau or even decrease as new drugs hit the marketplace and use of generic medications increases.

Lower than expected rates of growth for health-care spending overall have been identified as a factor affecting insurance premium increases. As the industry pivots to cost-effective, value-based care, there have been and will continue to be unavoidable disruptions to providers' financial outlooks.