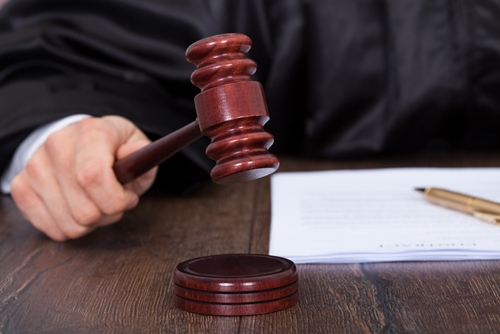 In health care, there is little room for error, but the U.S. Supreme Court could make sure there is no room at all. Universal Health Services is currently battling the government in court against a legal theory known as "implied certification." According to this theory, health care providers are held liable for fraud under the False Claims Act due to issues with regulatory compliance.

According to Modern Healthcare, the Supreme Court seems "skeptical" of UHS's position on the issue after recent oral arguments. UHS credits implied certification as the source of a number of unjust lawsuits against health care providers. With this petition, it hopes to prove that compliance errors are not the same as fraud.

Major healthcare groups – such as American Medical Association, American Hospital Association and the Pharmaceutical Research and Manufacturers of America – have rallied behind UHS in support of the cause. Chief Justice John Roberts said he also recognized the complexity of the issue.

"That's where the difficulty comes in when you have hundreds of thousands of pages of regulations," he said.

However, there are those who disagree, such as whistle-blower groups and mental health advocates, as reported by Modern Healthcare. For these detractors, the legal theory guarantees a certain level of care for patients.

According to a press release, the hospital allegedly billed Medicare for more units of the cancer drug Rituxan than was actually used, for services at its pre-surgical treatment center that were later covered in subsequent surgeries and for outpatient podiatry without presenting sufficient documentation to prove its necessity.

"Hospitals have a responsibility to ensure that they are billing federal health care programs appropriately," Ortiz said in a statement. "When taxpayer money is on the line, we have a duty to make certain that it is spent appropriately. We commend BMC for taking steps to address its billing issues both before and after the government's investigation arose."

Upon learning of the investigation, Boston Medical Center took action to correct the issues, conducting its own internal audits to determine the cause. According to the Department of Justice, Kathleen Heffernan, Boston Medical Center's former chief compliance officer, filed the suit on behalf of the government – an action permitted by the False Claims Act.

Modern Health reported that most cases under the False Claims Act settle before reaching a trial. Each false claim can cost up to $11,000 plus triple damages.

What Providers Can Do In The Meantime
While the Supreme Court isn't expected to make a decision on the case until June, it's important for providers to understand their potential liability. Whether it's out of sheer human error or some more sinister motive, it's important to make sure members of your staff know the weight of their actions.

For training resources and seminars to make sure your staff understands and is complying with billing guidelines, contact Professional Medical Services today.