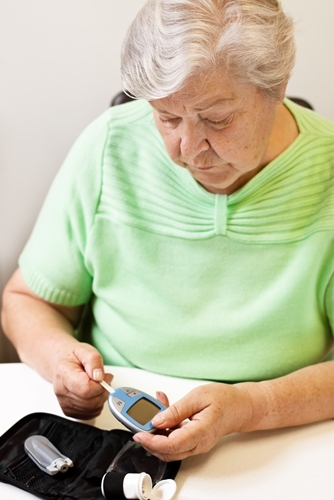 Diabetes continues to be a problem in the United States, but Type 2 Diabetes specifically is growing at an unprecedented rate, according to a report published in the Annals of Internal Medicine.

"Diabetes has increased dramatically. The rates have almost doubled since the late '80s and early '90s," Elizabeth Selvin, the study's lead author told HealthDay News. "This study also highlights that the increase in diabetes really tracks closely with the epidemic of obesity."

Unlike Type 1 Diabetes, which is unrelated to a person's overall health, Type 2 is correlated with poor lifestyle habits that cause an individual's sugar and insulin levels to become unstable. According to the study, more than 90 percent of Americans with diabetes suffer from this strain of the condition.

On the other hand, the number of undiagnosed Americans remains more or less the same — partly due to advancements in screening prediabetes and diabetes, according to Med Page Today. Diabetes diagnoses are commonly based on a person's HbA1c levels, but researchers also found that this cannot be the only metric to go from if diabetes becomes a larger problem in the 21st century.

"Furthermore, we need to be aware that, by definition, the diagnosis of diabetes or prediabetes should be made if the biochemical findings are confirmed on a second sample," researchers added.

As more Americans enroll into a health insurance plan, chances are many of these newly insured patients will find out that they suffer from Type 2 Diabetes, and will need to purchase the tools and treatment options to better control this condition. These unexpected costs might overwhelm them, causing issues for accounts receivable services at hospitals that have to deal with these outstanding accounts.

If that is already the case for your medical facility, consider outsourcing a percentage of patients to an external medical claims management service. These professionals can help identify payment plans that work for them, while getting more money returning to the practice.