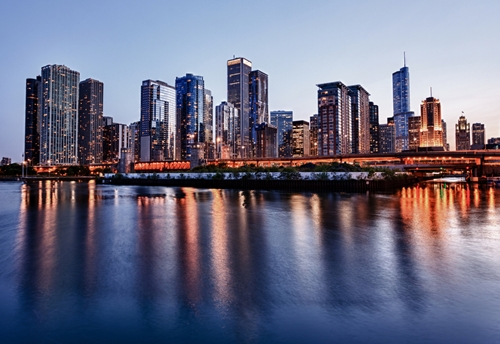 The University of Illinois Hospital and Health Services System had a strong year, with more admitted students and patients seeking care there, but the university saw a financial loss of $178 million. Part of this was due to the fact that the hospital network increased wages and benefits for staff members, while the publicly-run hospital heavily relies on public funding.

With a 22 percent net loss on their shoulders, it is unclear why a successful hospital would be financially unstable. Because of its standing, Standard and Poor's stated that the hospital network had a negative financial outlook last year, but Crain's Chicago Business reported that could be due to the fact that hospital took out $70.8 million worth of U.S. bonds to renovate the hospital.

U of I has plans to improve infrastructure and expand on health technology at the Near West Side medical center, which has hopes to compete with nearby practices like the University of Chicago Medicine. As a publicly funded practice, going through with this initiative could pose a high risk, but Dr. Bryan Becker, associate vice president of operations at U of I, told Crain's that it is the right move.

"We're focusing on doing a much better job in terms of delivering a quality patient experience," Becker said. "We like to believe that is spreading."

Either way, the numbers are not entirely adding up at the university's accounts receivable services because the network received $28.8 million from non-operating revenue and statements. On top of that, revenue reached five-year highs at $609.3 million in 2013.

Hospitals that have plans to update their facilities but want to keep operating costs low may want to consider on the hundreds, if not thousands of dollars lost from unpaid medical bills. Accounts receivable management providers can reach out to these past patients to recover fees that could go directly back to the practice.