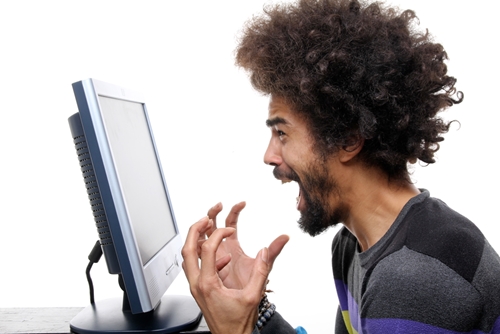 As has been proven time and time again, when individuals feel they are being ripped off or treated unfairly by the billing department at their respective hospital, they will not stand for it. Today, due to an influx of social media, blogs and other information sharing programs, it's easy for patients to air their grievances in a public forum and reach a significant number of people.

Such an occurrence took place at the Heartland/Mosaic hospital in Missouri. Alonzo Weston, a columnist with the local publication St. Joseph News-Press, shared an experience in an online column last week, taking Halloween as an opportunity to describe the "scary" situation he was put in by the hospital's billing department. After complications following back surgery that resulted in multiple trips to the hospital, Weston's problems were escalated when he was billed.

According to Weston, after paying what he was told he owed, he was told again that he still owed more money, and that his various types of service (surgery, the pain clinic, an ambulance ride, to name a few) meant there were multiple bills to pay. To make matters more complicated, he began receiving refund checks in the mail, even though he owed money, and no one seemed to have an answer as to why.

Eventually, he settled his debts and when he asked if everything was all set, the person at the hospital told him two words he didn't want to hear: "right now." Essentially, he viewed it as the hospital leaving the door open for future billing.

"That right there told me that Heartland bills are zombies. They never die," he wrote. "The problem is a billing system that's hard for the average person to decipher. How many older people do you think get confused about all the bills that come from Heartland?"

He ended his piece saying that the current state of the healthcare system is far from perfect, which he considers a scary proposition. In reality, there is likely a great deal of truth in the complexity of the billing process and how insurance factors into the equation. This is even more problematic when billing and accounts receivable departments are overwhelmed by an extraordinary amount of outstanding accounts, which can lead to confusion and even disorganization in the office.

Working with a third party organization that can help clean up outstanding accounts receivable issues can alleviate the risks presented by a complex billing system and allow organizations to bill their patients properly without issue. This mitigates the chance of upset patients—particularly those with media affiliations—of taking to the internet and causing potential damage to the hospital's reputation.