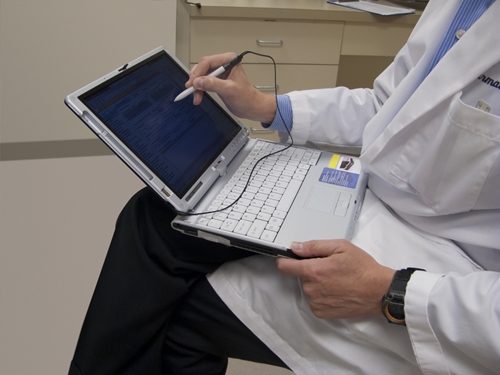 Although electronic medical records were originally met by many providers with frustration and complaints, the technology has now been widely accepted. This is partly due to the federal government's financial incentives for meaningful use, but the technology also has many care benefits, such as increased coordination between providers and more accurate diagnoses.

However, Daniel R. Levinson, the Inspector General of the Department of Health and Human Services, has identified a potential for abuse that could impact the cost of care. Because today's providers are faced with shrinking reimbursements for care and a record number of previously uninsured patients seeking treatment under the Affordable Care Act, they are forced to see more patients per hour as efficiently as possible to avoid issues with healthcare revenue cycle management. As such, many rely on the copy/paste function of their EHR to populate common fields, and then enter the patient's custom data.

According to Levinson, this practice could invite fraud. A report from his office from earlier this year read "when doctors, nurses or other clinicians copy-paste information but fail to update it or ensure accuracy, inaccurate information may enter the patient's medical record and inappropriate charges may be billed to patients and third-party healthcare payers. Furthermore, inappropriate copy-pasting could facilitate attempts to inflate claims and duplicate or create fraudulent claims."

As with any new technology, regulating authorities need to be conscious of any possibilities of abuse. To combat this issue, Levinson has asked the Centers for Medicaid and Medicare Services to check providers' EMRs for the practice when determining meaningful use.

When patients receive inaccurate charges, they may encounter issues with paying the full amount due to the facility. If your facility is already experiencing issues with healthcare claims processing, it could be time to consider outsourcing medical accounts receivable. This decision can lead to a sharp decrease in the amount of dollars written off to bad debt, as well as a more manageable claims load for in-house medical claims and billing professionals.