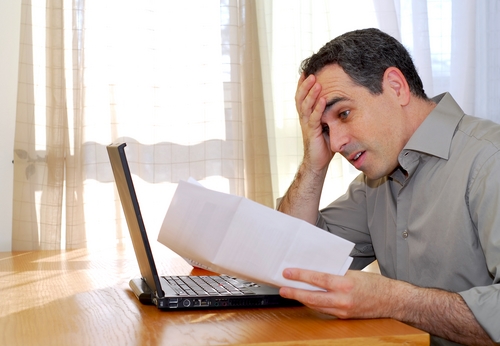 It's one thing when you feel the bill you received from your health care provider does not accurately portray the care you revived. It's another when that bill is from a hospital you never even went to.

That was the case with Helen Williams of West Hartford, Connecticut. In August, Williams' dermatologist removed two skin lesions in a doctor's office in Farmington, a practice affiliated with the University of Connecticut Health Center, according to an article in the Hartford Courant. She received a bill of less than $100 and she assumed that once she paid, the matter would be settled. However, shortly after, she received a second bill that listed additional non-itemized dermatological office charges that totaled $162. And here's the kicker: It was from the University of Connecticut hospital, a facility she has never been to.

She reached out to The Bottom Line—a section of the Courant that exposes cases in where consumers and other individuals feel they were wronged—and detailed the aggravating situation.

"I'm so frustrated by this situation," she said. "I was not informed of the double-billing before my appointment. . . . This $162 is coming under my deductible so the full amount is falling on my shoulders."

It turns out, based on a statement made from UConn Health Center spokeswoman, hospital and physician charges are billed separately. Because of the affiliation between the two facilities, receiving a bill from each organization was appropriate. Williams paid both bills, but told the news source she does not agree with the explanation.

This case shows the importance of organization, efficiency and transparency in the medical billing practice. Working with a medical billing and accounts receivable service provider can help organizations ensure they maintain a solid relationship with their patients and don't catch them off guard with unexpected bills.